In this sense, this expostulation at beginning of the stage direction brings forward a decidedly populist voice that serves to verify the lamentation of the hermit. As such, in tone, it effectively leavens the high seriousness of the Gymnosophist's mystical lesson by casting it in the light of an attraction at a fair. This, of course, tends to undermine both the pathos of the lamentation and the seriousness of the scene.

If read aloud, it is also remarkable poetic in its rhythmicity. It insists on an evolving, dynamic scene of shriveling leaves, fleeing rats, and mounting flames that threaten to engulf the speaker, in the manner of the pre-cinematic, moving tableaux of the diorama.


Even within the framework of the didascalia, the contrast could not be more striking. Against this highly visual and evolving scene of impending destruction, which functions as a visual reminder of divine punishment for the fierce pride of the ascetic Gymnosophist and by extension of Antoine , the first stage direction emphasizes the blandness of the hermit's demeanor. But his voice is monotone. This terse narrative style effectively isolates these sentences from each other: the first sentence does not flow easily into the next one.

A staccato rhythmicity of the phrasing adds to this impression. These effects are carried out on the visual plane as well, in didascalia.

That is to say, the Gymnosophist's voice is indicated on the first direction; the second direction is purely visual, showing us a dynamic tableau of shriveling leaves and fleeing rats; finally, the third direction returns to the Gymnosophist, suggesting not his voice, but only his gestures as he lowers his eyes in preparation for his next statement.

This spatial and stylistic difference creates a kind of pre-cinematic effect through which a disembodied voice comes to narrate a moving image the first and second stage directions , concluding with the final focus directed toward the Gymnosophist, who lowers his eyes as he prepares to speak again. That is, they tend to deflate the dramatic force both of the hermit's admonition to St. Anthony and the dramatic violence of the impending punishment, investing the scene with a comedic quality. Anthony's era. Additionally, he abandons textual conventions associated with of the theatre, such as overt didascalic references and direct, typographic identification of which character is speaking at a given moment.

The text, however, remains highly theatrical.

Other forms of theatre are clearly manifest in a number of Flaubert's earlier works, where we have seen direct allusions to the medieval mystery play with its episodic tableaux, an evocation of the barker's voice at an open-air fair, and the suggestion of pre-cinematic techniques exploited in the dioramas and panoramas. Sunlight illuminates the scene brightly. The details that animate this opening scene are calculated to evoke the impression of realism, but only on the surface. Indeed, closer scrutiny of the language of these opening paragraphs reveals a studied emphasis on the artificial, suggesting a stage set.

The doubling effect of their meeting is subsequently mirrored in their gestures, all of which are coordinated to mimic the exaggerated synchrony and therefore comic absurdity of a vaudeville sketch: to wit, in synchrony and at centre stage, the two men sit down, side-by-side on the same bench, wipe their foreheads, remove their hats, which each man places at his side, and through sidelong glances, discover each other's names by reading inscriptions written inside their respective hats.

At this moment, they break into dialogue as they register amazement at having had the same idea. But the received idea of a destined reunion that is implied in the notion of finding one's other half a notion of which Emma also discovers the false promise in Madame Bovary is undermined by the staging of this exposition, which suggests an aleatory, not a predestined meeting of the protagonists. Indeed, instead of inaugurating a period of quiet retreat from the city, their move to their provincial residence in Chavignolles ruptures the relative calm of their lives as copyists.

In Chavignolles, their ambition to attain greatness becomes an obsession that impels the protagonists to distinguish themselves in a panoply of domains, the sum of which would constitute a summary of emerging disciplines and trends that punctuate the nineteenth century, from agricultural developments, to the cultivation of romantically inspired landscapes, to archeology, the rediscovery of the Middle Ages, etymological research, and so forth.

Dust jacket has wrinkling, chipping, and few tears on the edges and corners, some stains, foxing, discoloration and shelf wear. 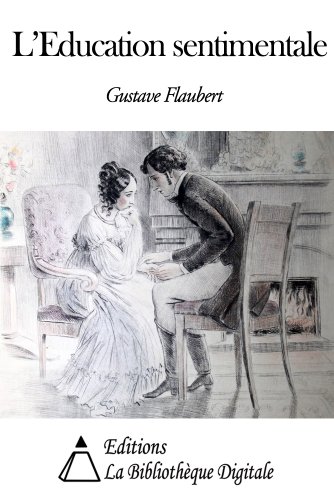